improving treatment for patients with tinnitus

More than 50 million people in the United States suffer from tinnitus – described as ringing in the ears – with the worst symptoms occurring in about 10 percent of sufferers. Unfortunately, current therapies in the clinic are minimally effective and do not directly treat the underlying causes of tinnitus.

A University of Michigan team led by Susan Shore, Ph.D., has developed the Michigan Tinnitus Device, a novel technology that alleviates tinnitus through a sequence of auditory and somatosensory stimuli to the face or neck. The treatment utilizes a stimulus protocol consisting of precisely timed sounds alternated with weak electrical pulses that activate touch-sensitive nerves, aimed at steering damaged nerve cells back to normal activity.

The approach, called targeted bimodal auditory-somatosensory stimulation, shows promise and is currently being evaluated in a clinical trial.

Some tinnitus cases are severe – some 6 million people cannot work or perform daily tasks because of the tinnitus or distress from the problem. Current therapies in the clinic have not definitively been shown to reduce tinnitus loudness or treat the underlying cause.

By combining auditory stimuli at the tinnitus frequencies with precisely timed somatosensory stimuli in the neck or face, the Michigan Tinnitus Device suppresses the tinnitus-generating neurons that cause ringing in the ears. Early results in pre-clinical models of tinnitus indicate this combination is very effective in reducing the severity of the disease.

Most current treatments focus on improving a patient’s quality of life by reducing their negative reactions to their tinnitus but not reducing the tinnitus loudness. By addressing the underlying cause of tinnitus, the Michigan Tinnitus Device will transform clinical practice by offering a science-based treatment targeting long-term plasticity in the brain. 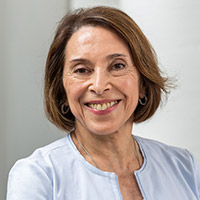