a therapeutic for helping people with osteoarthritis

Osteoarthritis (OA) is the most common cause of arthritis, affecting millions of people worldwide, and the need for treatments will continue to rise as the patient population ages. Current treatments for osteoarthritis can be highly effective but are often costly and have questionable efficacy or adverse side effects, including harmful effects to the joint’s cartilage due to the use of steroids.

Recent research shows that inflammation, not simply overuse or aging, plays a significant role in OA development, so finding treatments that target the body’s inflammation response instead of the subsequent pain symptoms of the patient could be beneficial. Specifically, alarmins (molecules released from damaged or deceased cells that stimulate an immune response that attacks the joints) appear to be a key component of the inflammatory response present in osteoarthritis patients. One such alarmin is the DEK protein, which could hold the key to combatting the inflammation that causes osteoarthritis.

Using an anti-DEK aptamer (short, single-stranded DNA or RNA molecule that can selectively bind to a specific target), David Markovitz, M.D., an internal medicine physician at the University of Michigan, has developed a new therapeutic for treating osteoarthritis. Collaborating with Michigan State University’s clinical veterinarian, Jane Manfredi, D.V.M., M.S., Ph.D., DACVS-LA, DACVSMR, the Markovitz laboratory has developed a single-stranded DNA aptamer that binds tightly to DEK. Similar to an antibody response, the aptamer can be injected into the joint to combat the inflammation response causing osteoarthritis.

“Development of an anti-DEK aptamer for OA treatment could be a major milestone in therapy,” comments Markovitz. “Instead of injectable steroids that have adverse effects on cartilage, our anti-DEK aptamer has shown no ill effects on the cartilage in studies so far, giving it a major advantage over the steroid treatments currently in use. Additionally, OA is increasingly being recognized as having strong pro-inflammatory components. Thus, directly inhibiting inflammation in the joint could potentially slow the progression of the overall disease.”

DEK is vital to the formation of neutrophil extracellular traps (NETs), chromatin-containing structures that are crucial to the innate ability to trap and likely kill bacteria and fungi, but also can be a source of unwanted pro-inflammatory activity that can potentiate autoimmunity. Years of research have found that the anti-DEK aptamer significantly reduces NET formation and can inhibit the migration of pro-inflammatory cells into the joint. The aptamer has cross-species activity and shows great promise for OA treatment in humans.

The anti-DEK aptamer has shown no ill effects on cartilage, giving it a significant advantage over steroids. Another benefit of intra-articular DEK aptamers over the competition, such as NSAIDs, is that they should cause no systemic effects that adversely impact the gastrointestinal, renal, or cardiovascular systems. The anti-DEK aptamer holds great potential for treating OA and could potentially also be used in people who suffer joint injuries, as it has been shown that reducing inflammation in the acute setting can help with healing after surgery. 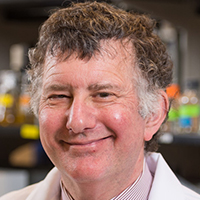