There are more than 40,000 women newly diagnosed with triple negative breast cancer every year in the United States, the only subset of breast cancers that doesn’t have an FDA-approved targeted therapy. Despite advances in non-targeted chemotherapies, the risk of recurrence within five years in patients with TNBC is around 40 percent.

A University of Michigan team, led by Sofia Merajver, M.D., Ph.D., and Matthew Soellner, Ph.D., has developed a class of mechanistically novel dual c-Strc/p38 kinase inhibitors that have shown significant activity in both in vitro and in vivo models of TNBC. The novel inhibitors are tested for their in vivo efficacy in TNBC animal models and in samples of human tumors obtained from the biopsies. Inhibiting activity of c-Src and p38 kinases has been shown to slow the progression of TNBC, lower recurrence, and provide non-toxic treatment with minimal side effects; the researchers have also shown significant tumor reduction in animal xenograft models.

Abnormal expression of the c-Src enzyme has been detected in various types of tumors, with it being highly overexpressed in TNBC. This overexpression of c-SRC, as well as increased activity of p38 enzymes, has been shown to play important roles in the cancerous proliferation and invasion of TNBC cells. Based on these findings, c-Src and p38 kinases are attractive targets to develop new treatments.

TNBC is the only subset of breast cancers that doesn’t have FDA-approved targeted therapies, and clinicians rely upon non-specific toxic agents for tumor control. Despite advances in non-targeted chemotherapies, the risk of recurrence within five years in these patients is nearly 40 percent, which is substantially higher than for hormone receptor tumors.

Inhibiting c-Src enzymes in a specific conformation alters the cellular localization and decreases the accessibility of their regulatory domains, thus preventing interaction with other important signaling proteins.

In addition to treating TNBC, the therapeutic has the potential to treat other tumor types, such as aggressive pancreatic cancers and some sarcomas, which are also c-Src and/or p38 dependent. Other FDA-approved Src inhibitors do not have this capability. 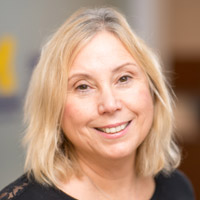 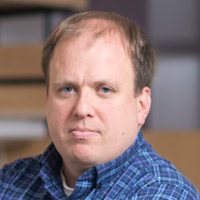