Acute Lung Injury (ALI) is a rapidly progressing inflammatory disease that leads to the accumulation of fluids in the lung airspace and reduced lung function. ALI and Acute Respiratory Distress Syndrome (ARDS), a more severe form of ALI, affect 200,000 patients every year in the United States, with a mortality rate up to 60%.

The current primary treatment for ARDS is using a mechanical ventilator, but this can further damage the lungs. To date, no pharmacological strategy targeting the inflammatory process has been effective in reducing mortality in ALI/ARDS.

University of Michigan’s Lola Eniola-Adefeso, Ph.D., is developing a novel, particle-based targeted treatment that blocks neutrophils (a type of white blood cell) from migrating into the lungs in response to an infection/injury. Neutrophils are the primary cause of lung inflammation in ALI/ARDS, causing fluid accumulation and lung damage.

“Our preliminary work shows that our proposed approach is promising for limiting disease severity by reducing neutrophil count and inflammation in the lungs while preventing lung bacteria from entering the bloodstream,” says Eniola-Adefeso. “The reduced presence of neutrophils limits the extent of tissue injury, giving the body time to recover.”

Other approaches to the treatment of ALI/ARDS target inflammatory molecules or signals using pharmaceutical agents or antibodies, but most have not been effective. Currently, only mechanical ventilation is available to patients already presenting ALI/ARDS, but mortality is still about 40-60%.

Microparticles directly interact with neutrophils in the bloodstream, blocking their ability to adhere and migrate into the inflamed tissue, while also releasing salicylic acid locally to reduce inflammation.

The microparticles can be rapidly administered intravenously by a provider upon diagnosis of ALI, and can be easily incorporated into the clinical workflow. 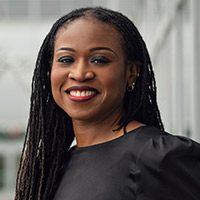